How To Assemble an IKEA Bed

Most of the reviews for assembling IKEA beds are in video format; quite a few on Youtube. For those who are visual learners, this is probably going to be the best bet. However, IKEA has taken into consideration language issues. They are in more than thirty countries with quite a few different languages.

It would be very expensive to have instructions written in every language for every country. There may also be people purchasing these products that can’t read in any language. The instruction manual that comes with the Mydal bunk bed does not have any written words… other than the name of the product and the name of the company.

The first step in putting together any IKEA product is to make sure that all of the parts are there. This is relatively easy for smaller beds because they have fewer parts. However, it is kind of hard to be halfway through a project and find out that the next piece of hardware is missing.

The instruction manual shows both the right and the wrong way to do each step. The characters used to put the bed together are a bit goofy looking, but the pieces themselves are very accurately drawn. The wood and/or metal pieces of the frame have holes in them for the screws and other hardware.

Each piece is shown, as is which one not to use. That can be very useful, as using the three-holed piece of lumber where the one with two holes goes will cause problems later. It is also important to make sure each piece of hardware is the right one for that area.

The instruction manual suggests that putting together the bunk bed is a two-person job. That said, many reviewers say that they have done the job on their own. It may take longer, but if needs be, it’s doable. That said, for safety’s sake, the consumer should have someone available to help if they can.

Once the frame is put together it’s time to work on the foundation. Again, the drawings show how to do this correctly. One thing to note is that the drawings show that some of the parts should not be directly hit by the hammer. A piece of wood should be used to buffer the blow.

For the bunk bed model, once the slats are in it’s time to construct the ladder. The Mydal bunkbed’s ladder attaches on one side to the frame at the end of the bed. The other end is attached to the frame of the bed and then the rungs are added.

Once that is done, it’s time to add the mattress, make the bed and introduce it to those who will be using it. For a bunk bed, that is usually going to be children. It is not recommended that they jump on it, although it will be very tempting, particularly from the top bunk. Safety rails, which are included on the top bunk, may prevent that. 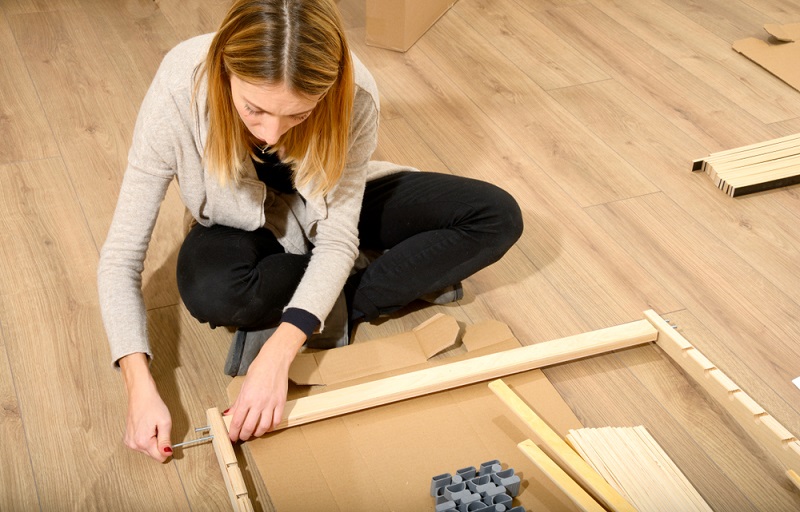