Why is IKEA so successful?

The iconic Swedish furniture retailer is now a worldwide phenomenon. IKEA stores are found in many countries. They’ve been the scene of flash mobs, wedding proposals and all kinds of events that many other stores never see. Why are they so successful?

The business is the result of a lot of careful planning. As an example, when they were preparing to open in India, they had a problem. The income levels of most people in that country are lower than in countries such as the UK and the United States. The types of furniture they need are also somewhat different.

IKEA is a franchise business, meaning that the stores are actually owned by businesses, similar to the way McDonald’s works. This has also helped streamline the business and launch the brand in twenty-nine countries as of 2016. The individual owners can gauge what is needed by the communities they serve, which makes communications easier.

The company is cognizant of the importance of the environment as well as running a smooth business operation. Some stores, such as one in Massachusetts, USA, have plants on the roof that help regulate the temperature of the building. The soil for the plants also absorbs rainwater.

This same care goes into the furniture they sell. If it is made out of wood, it is from sustained and sustainable forest. Not all companies do this; the overharvest in vulnerable areas such as the Amazon. Sustainable forests preserve the integrity of wild forests.

IKEA has also latched onto the usage of hemp in furniture production. At one point in time, this non-psychoactive plant was banned from use for any reason in most Western countries. Now it is much more acceptable, and the company has embraced it. Why would this be a big deal? It has to do with more than the environment, but that is a big part of it.

While the company has regulations that insist that any cotton used in production has to be grown in an environmentally friendly way, which is hard to do. Not all countries comply, as well. Cotton attracts insects and often depletes the soil it grows in. Commercial cotton farmers use a large amount of herbicides, pesticides, and fertilizer to help it grow. Cotton also needs a nine-month period of time to go from seed to harvest.

Hemp is vastly different. It can grow in marginal soil, it takes ninety days from seed to harvest and it doesn’t require added chemicals. IKEA’s championship of hemp also helps those who live in poor countries. Because it doesn’t take a lot of extras to grow, it can be done inexpensively. When harvested, the fibers can be sold and the seeds can be eaten. Unlike cotton, hemp doesn’t require a lot of water, either.

While many companies are just now getting the message that the environment is important, IKEA has been concerned about it for a long time. With their low prices, quirky furniture and careful research, IKEA is a company to watch. 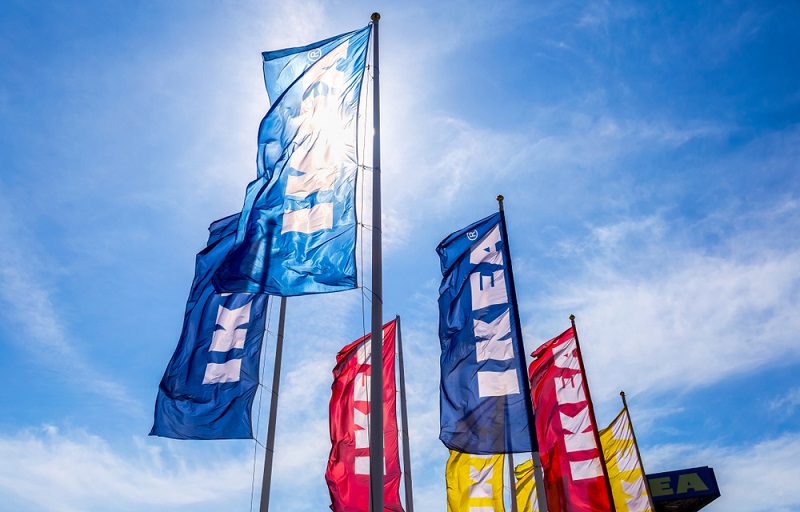